The Question We’re All Tired of Hearing From People, ‘Do I Have ADHD?’ 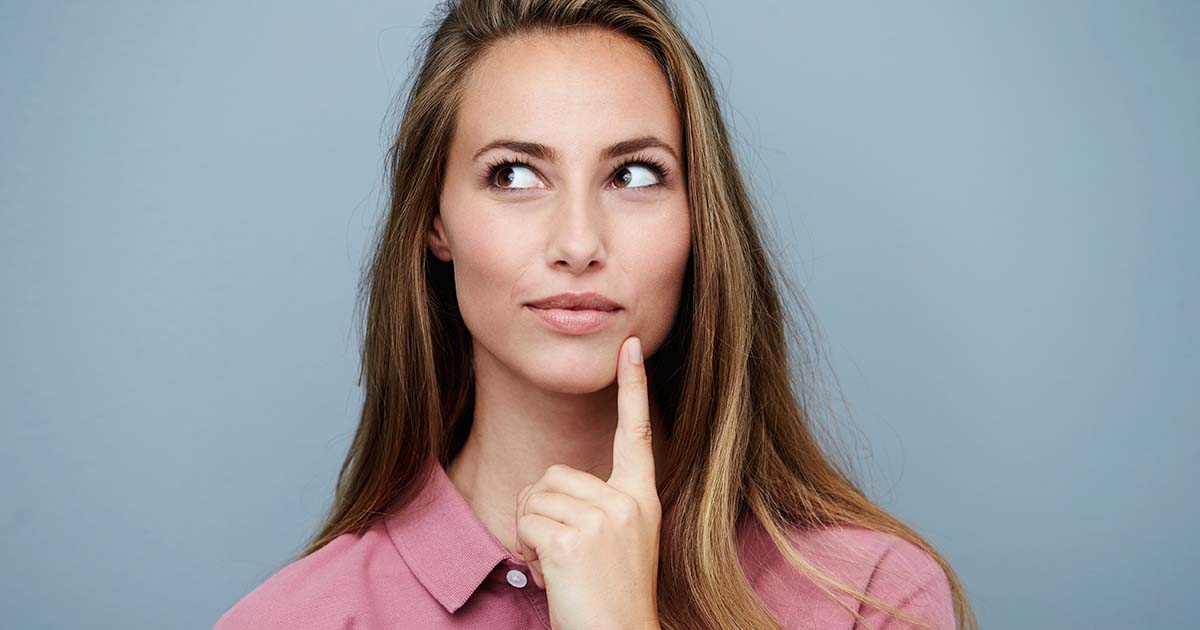 "I used to have ADHD"

"Sorry guys my ADHD side is showing today, I can't sit still."

First and foremost, you most likely do not have ADHD and if you did then you cannot outgrow it. Only four percent of the American population has ADHD, which is about 8 million people.

Have you been feeling a bit off lately, not at all like your usual self? According to WebMD, you may have several mental illnesses.

I think you will agree with me when I say we should forget about what everyone else is saying and settle this once and for all.

By the end of this article, you will know whether you should go see a doctor or go back to living your ADHD free life. And please, be honest with yourself and try not to jump to conclusions.

1. You Don't Have an Anxiety Disorder

2. You Can Text and Drive Like a Pro Without Causing Any Accidents

If you're always texting and driving like a pro, you don't have ADHD. It takes too much focus for a person with ADHD to drive and text.

I'm not sure how it is for other ADHD people, but if I try to text and drive I'm going to end up in the hospital. I do it sometimes, but I can easily hurt myself or someone else if I'm not careful.

3. You Like Going to Parties and Other Large Gatherings

Does this sound like you? If so, then you probably don't have ADHD. Besides the anxiety disorder, many people with ADHD can't handle a large amount of noise.

Too much noise will overload someone with ADHD because they won't be able to process it all fast enough. So rest assured my dear party animal, you probably do not have ADHD!

4. You Don't Hyperfocus During Activities You Enjoy

While it is true anyone can hyperfocus, people with ADHD do it all the time. From what I remember, I've hyperfocused at least once today.

If you don't know what hyperfocus is, it's when you get so consumed by what you're doing you forget about everything else going on around you. You even forget feelings of hunger and fatigue.

Common things people like to hyperfocus on include playing video games, watching a movie, or working on something. You can hyperfocus on anything you enjoy doing.

5. You Never Get Lost

Do you hate those days where you waste 10 minutes of your time because you accidentally missed your turn during rush hour traffic? Wait, you don't? Then you don't have ADHD.

Anytime I go somewhere new, I almost always get lost. Unless I use my trusty i-phone. That's why routine is so important when you have ADHD.

6. You Don't Have a Routine

Speaking of routines, if you don't rely on one then you most likely don't have ADHD.

7. You Don't Constantly Blurt out Things You Will Regret Later

Today someone asked me what I think of when I see McDonald's. I blurted out, "fat people." Unfortunately, there were several larger people close by.

Impulsive remarks like that cause people with ADHD to alienate themselves from others. If that's not something you do regularly, then you should not worry about having ADHD.

8. You Complete Basic Task Quickly (or Should I Say at Normal Speed?)

When you have ADHD you tend to do the most routine task slower than others. I'm talking about things like showers and brushing your teeth.

Believe this or not, it takes me between five and ten minutes to brush my teeth.

My mind drifts off in the bathroom. I know I'm not the only one. If you are in and out of the bathroom in a jip, you don't have ADHD.

9. You Can't Remember the Last Time You Lost Something

Anyone with ADHD will be able to remember the last time they lost something because it probably happened either today or yesterday.

This is because people with ADHD will either be forgetful or disorganized, sometimes both. Commonly misplaced items include car keys, phones, paperwork, and wallets.

10. Nobody in Your Family Has ADHD

Thankfully ADHD is not something you can catch. It's entirely hereditary. If nobody in your family has ADHD, then it is impossible for you to have it.

If you are still worried, ask the older members of your family if you had any relatives who were noticeably impulsive or inattentive.

11. You Are Not Spontaneous

You don't like taking risks or you prefer staying in the house or planning activities in advance. If this sounds like you, then you probably don't have ADHD.

People with ADHD love thrills. They love excitement. And they aren't willing to wait for it in most cases. Once upon a time, I saw a mountain in the distance, and I decided to climb it that same day.

Needless to say, I received a free helicopter ride a few hours later. But rest assured, it was worth it.

You May Also Like:Living with ADHD and Dyslexia
Related Search Topics (Ads):

When is the last time you wrote, drew, or painted something?

People with ADHD create on a regular basis. Nobody knows why. Some say it's because people with ADHD aren't held back by the normal thinking processes. Or maybe it's the impulsiveness.

I've always liked creating things. Whether it was cooking or digging a hole, I was down for it. When I was eight, I wrote my first book.

13. You Learned How to Tie Your Shoes at a Normal Age

You remember when you learned to tie your shoes? Most children learn at the age of 5. For some, they can't get it until they turn six. Everyone gets it at some point.

But guess what? I have ADHD and I didn't learn how to tie my shoes until I was 10. When you have ADHD you learn how to do a lot of things later than non-ADHD people.