She is Different Somehow: How ADHD Affects Girls and Women 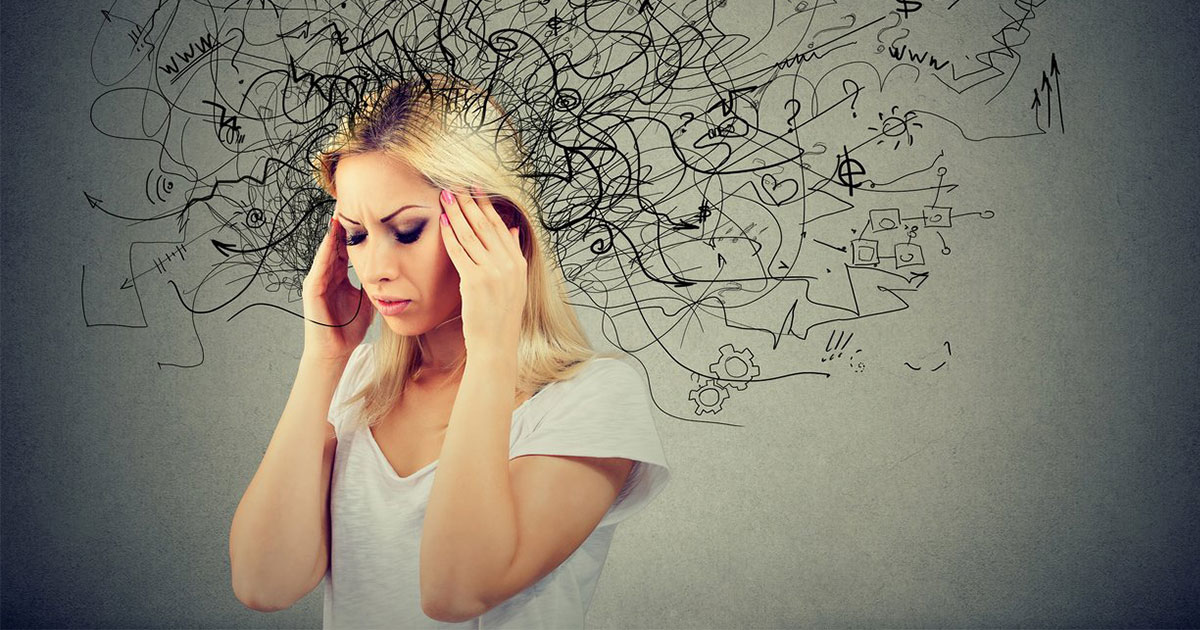 Attention deficit and hyperactivity disorder (ADHD) is a neurobehavioral disorder that affects the way a person’s brain processes information and influences behavior. People with ADHD experience persistent problems such as inattentiveness, impulsivity and hyperactivity. Symptoms start during early childhood and continue into adulthood.

The exact cause of this condition is unknown, but researchers believe factors that may be involved include genetics, the environment and/or problems with the central nervous system during key stages of development.

Traditionally, the condition was thought to affect mostly males. Girls and women are more likely than boys and men to have undiagnosed ADHD, and those who do receive a diagnosis will typically receive it later in life.

Remember that the symptoms we will discuss are normal human behaviors which everyone is likely to experience sometime in their life. ADHD is diagnosed based on the presence and severity of more than one of these characteristics. The symptoms must also interfere with an individual’s learning, work and social relationships.

Dependent on the symptoms, ADHD is divided into three different types:

Impulsive symptoms include impatience, clumsiness and risk-taking behavior. They might blurt out answers before the other person has finished speaking or interrupt others.

Hyperactivity is perhaps the most widely known symptom of ADHD. Symptoms include excessive movement, fidgeting, restlessness and talking nonstop.

Women and girls with ADHD face unique challenges due to the lack of scientific knowledge, resources and public understanding of the condition in females. Social stigma leads many girls and women with ADHD to stay silent about their experiences.

ADHD symptoms often present differently in girls and women. A female with ADHD may be less hyperactive and less impulsive than her male counterpart, instead exhibiting more subtle symptoms. Her hyperactivity might be expressed differently, for example, through persistent doodling in the margins of her workbooks rather than disrupting the class with excessive movement. She might also demonstrate her hyperactivity by talking incessantly, which may be disregarded as her only being social.

ADHD is often missed in girls because they are more likely to have the inattentive and impulsive type of ADHD, which is often misdiagnosed as mood disorders, anxiety and depression.

ADHD symptoms in females may present as:

It is estimated that 50-75 % of women with ADHD go undiagnosed. Girls with ADHD might go undiagnosed because they tend to try harder than their male counterparts to hide their symptoms. To compensate for their struggles, girls are often more willing to put in extra hours of studying and to ask for assistance from teachers. Girls are also more likely to be socialized to do all they can to fit in, even when they know somehow, they are "different".

Common symptoms in girls are disorganization, forgetfulness and trouble staying focused. She may appear as shy or withdrawn, an introvert who struggles socially. It may take her longer to process information due to becoming easily distracted. As a result, she may be perceived as being slow or even stupid, when in fact she is more likely to be highly intelligent. She is likely to feel great levels of shame and inadequacy.

You May Also Like:Common ADHD Symptoms in Children and the Diagnosis Process
Related Search Topics (Ads):

Another reason girls with ADHD might be diagnosed less often than boys is because of the social pressures they feel to conform and fit in.

Girls and women with ADHD and a level of high intelligence are likely to develop their own strategies to compensate for their cognitive symptoms. Being considered smart carries additional pressure, as superior intellect carries higher expectations of success. They may feel disappointed and confused as to why they must expend so much extra effort for tasks that seem easy for their peers. Research suggests the adults in a girl’s life, such as parents and teachers, are largely unaware of how symptoms of ADHD may present differently in girls.

For example, a male and female student both with ADHD might be assigned to write a paper for a class. They are both given several weeks to complete the project, but put off starting until the night before. The male student may decide it’s impossible to complete the paper on time and ignore the problem by playing video games instead. The female student in the same situation may have an anxiety attack and immediately start working on the paper frantically. Demanding help from her parents, she may stay up until the early hours of the morning to finish her work. The next day the boy is told off for failing to hand in his paper and accepts the lecture. The girl hands in her paper to her teacher without comment, who has no clue it was done at the last minute. In this scenario, the male student with ADHD is more likely to be noticed, assisted and possibly diagnosed, compared to his female counterpart.

Adult women with ADHD also have their own methods for disguising their symptoms. They might avoid inviting people over because their house is always messy. Alternatively, they might break out the mop and start franticly cleaning, eventually having the house presentable sometimes only moments before company arrives.

There are many different treatment options for ADHD, and what works best will depend on the individual affected by the condition, including medication and therapy.

Stimulants are the best known and most widely used ADHD medications, with Ritalin, Adderall, Dexedrine and Concerta being the most popular. It was found that 70–80% of children with ADHD had fewer symptoms when taking these medications. While these medications can be effective for many people with ADHD, they might not be right for everyone.

Psychological treatments such as behaviour therapy allow girls and women with ADHD to develop strategies and skills to strengthen positive behaviours and eliminate unwanted or problem behaviours.

Counselling is also a viable treatment option for girls and women; it can assist with feelings of depression, anxiety and low self-worth. Look for a therapist who specialises in treating ADHD; they will have a better understanding of your experience.

Girls and women may not always display the stereotypical symptoms of ADHD, which can significantly impact their educational, professional and social lives. Higher social and behavioural expectations placed on girls and women may leave many feeling overwhelmed and alone. However, awareness is increasing, and more girls and women are being diagnosed and treated.
If you think you may have ADHD, consider scheduling an appointment with a healthcare provider to get an official diagnosis and assistance with a customized treatment plan.