The ADHD Patch: What Is It? 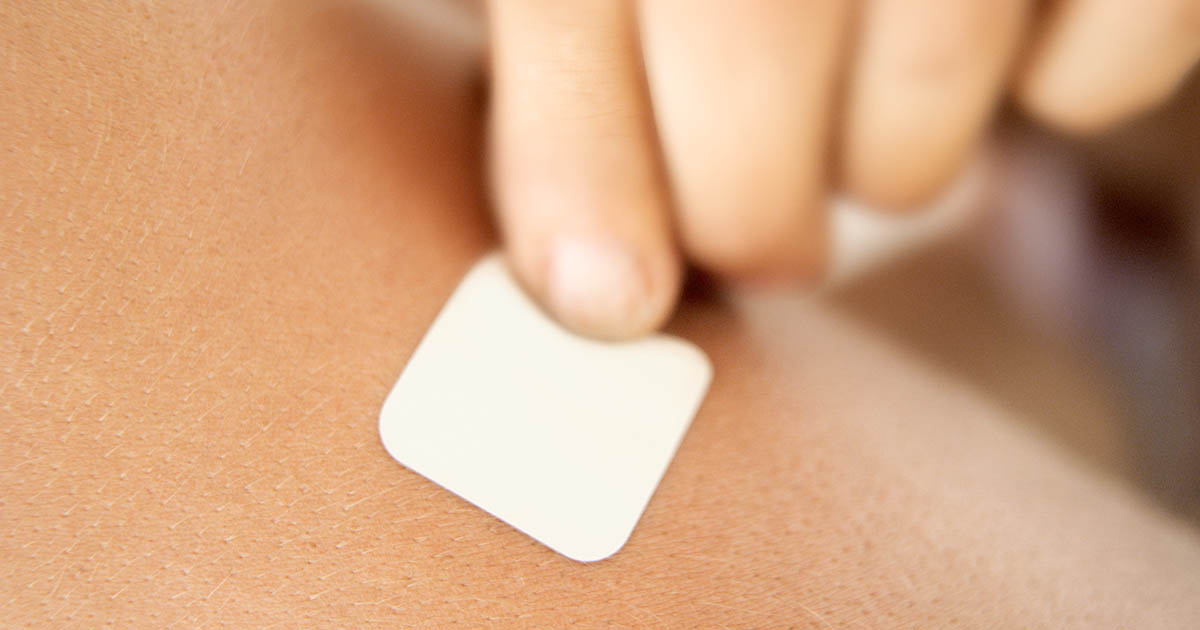 The ADHD Patch: An ADHD Medication You Probably Never Heard Of

Did you know there’s a patch you can use to treat ADHD? The patch goes by the name Daytrana and has been available since 2006.

For reasons which we will cover in this article, Daytrana lacks the popularity of other ADHD medications like Adderall, Concerta, and Ritalin.

What Is the ADHD Patch?

The Daytrana patch for ADHD works kind of like a nicotine patch that helps people to quit smoking. Except Daytrana is a patch someone can wear to treat their ADHD.

It can be worn for up to 9 hours, with effects lasting up to 10 hours. It takes two hours to take effect and continues working for two hours after being taken off.

The primary ingredient of Daytrana is the same as the one in Ritalin, Concerta, and Focalin: methylphenidate. This means Daytrana has the same side effects as Ritalin and the other medications just mentioned.

To use the ADHD patch, open the container and apply the patch to you or your child’s hip below the waistline. And yes, it’s sticky, so the wearer can swim, bathe, or exercise while wearing the patch.

The Advantages and Disadvantages of the ADHD Patch

What makes Daytrana different is that it is the only FDA approved ADHD medication that comes as a patch. This offers several unique advantages and disadvantages compared to other ADHD medications.

The Side Effects of the ADHD Patch

As mentioned earlier, the side effects of Daytrana are almost identical to Ritalin. However, Daytrana has patch-related side effects that Ritalin does not.

Common side effects and risks of Daytrana and other ADHD medications (i.e., Ritalin):

Common and unique side effects only found in Daytrana:

Rare and unique side effect only found in Daytrana:

There’s one more thing you should know about the side effects of Daytrana. Daytrana was originally denied approval by the FDA. The reason why is because Daytrana’s side effects become more common after 9 hours of use.

As a result of not being approved by the FDA, the makers of Daytrana lowered the recommended use time for Daytrana to exactly 9 hours to get FDA approval.

Make sure you or your child do not wear the Daytrana patch longer than nine hours.

To avoid most of Daytrana’s side effects, be sure to apply the patch to different areas of the skin each time you use it. Also, never apply Daytrana to irritated or damaged skin. Doing so increases the amount of medication that enters the bloodstream, which could be lethal.

You May Also Like:ADHD Treatment: Are Fish Oil Supplements Worth the Hype?
Related Search Topics (Ads):

Why Is the Patch Not as Popular as Ritalin or Adderall?

Sales of Daytrana have suffered from consistent product recalls. As recent as September 2017, Daytrana was recalled because of problems with the way it stuck to the skin.

Before September 2017, Daytrana had been recalled at least ten other times for the same reason. I want to make it clear that these recalls were considered minor and not life-threatening.

Regardless of their seriousness, these recalls halted sales of Daytrana and left people with no other choice but to use a different medication.

However, what makes Daytrana unpopular is its price. The patent on Daytrana has not yet expired, so a cheaper generic version is unavailable at this time.

If you want an ADHD patch, you have to buy Daytrana, the sole brand name version. This results in monopoly-like pricing.

The good news, as of December 2018, is that the makers of Daytrana are offering a discount to people who qualify. Without the discount, you can expect to pay between $330 and $400 USD for a 30 day Daytrana prescription.