What Is the Connection Between Adult ADHD and Lying? 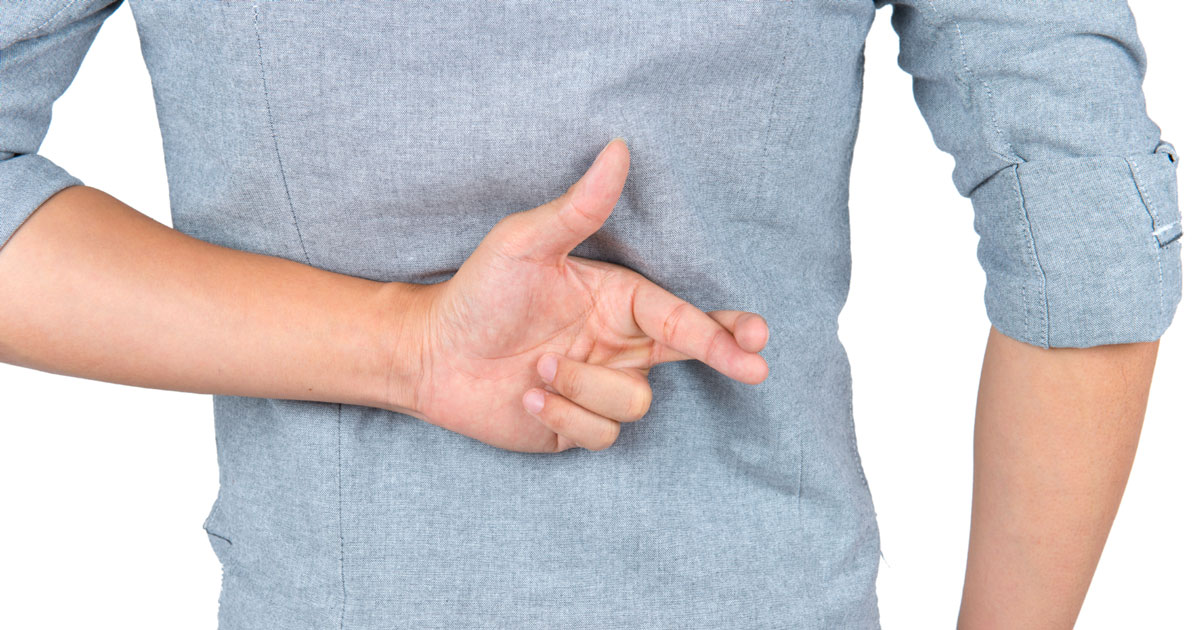 Adult ADHD and Lying: What You Need to Know

Lies and lying begin to evolve into a problem when they are done with higher frequency and higher intensity. Someone lying by saying they really like the soup you made for dinner is much different than saying they have no idea what happened to the money in your purse.

Some people in your life will be more prone to lying, while others will maintain a high level of honesty and integrity.

So, what is the difference? What makes some people extremely honest and others lie excessively? What is compulsive lying and how is attention deficit hyperactivity disorder (ADHD) associated with it?

Lying and ADHD – Is Lying a Symptom of ADHD?

It is difficult to say people with ADHD lie more than people without ADHD, but people with ADHD face different challenges that make telling an untruth more likely. Instead of thinking of ADHD as one diagnosis, think of it as a collection of unwanted symptoms including:

These factors will heavily influence the level of lying the person with ADHD exhibits. Someone with poor attention is more prone to make a statement without thinking about it first.

For example, you could ask them a question they are not entirely paying attention to. They will respond without any awareness of doing so. Later, they may deny their previous statement, not remember their response, or fail to acknowledge any aspect of the conversation.

Someone with poor impulse control may lie as a response to your question or the situation. It comes out of their mouth without appropriate thought attached.

Since impulsivity and hyperactivity tend to increase the speed of the response, there is a greater chance the response will be inaccurate and technically a lie.

Reasons Why Lying Might be a Problem for Someone With ADHD

Adults with ADHD will often not know why they do things. Faced with explaining their actions, they might make something up because they know that others are tired of hearing “I don’t know” as an answer.

At the same time, sometimes “I don’t know” is the only answer they can come up with when they don’t want to answer a question. When a spouse asks where their money went, their ADHD partner might answer with an “I don’t know” rather than admit that impulsively bought four magazines and two candy bars at the grocery store check-out, as well as a new kitchen gadget that we probably won’t use just because it was on sale.

Instead of saying they forgot to do something, which leads to disappointing someone, they may also come up with false reasons as to why they didn’t do something when they said they would. It can be difficult for people with ADHD to say no to someone, even when they know they won’t be able to do what they are asking.

Low self-esteem can be another reason for lying. Sometimes people with ADHD struggle to fit in, they may lie to peers in an attempt to appear normal or more important, they may lie to be liked or accepted by their peers or lie to a loved one or boss to avoid an argument.

Compulsive lying is identified as the habit of lying uncontrollably. Habitual liars may lie about important things as well as unimportant. Many compulsive liars have no ulterior motive and sometimes even tell lies that result in personal damage.

People who compulsively lie may embellish situations for no real purpose and lie without thinking. Some professionals differentiate between compulsive liars and pathological liars, who often lie for personal gain. The lies are often premeditated and manipulative.

Some traits of compulsive lying include:

Some Groups May be at Risk for Compulsive Lying

Compulsive lying is associated with specific psychiatric diagnoses. In children, ADHD is often associated with impulsiveness, and this often includes lying. Habitual liars lie without forethought, and it is this impulsive behavior that can often be seen in those with ADHD.

Aside from ADHD, lying is also associated with other mental health disorders, such as bipolar disorder, substance dependency, borderline personality disorder, narcissistic personality, and histrionic [ersonality.

You May Also Like:How to Avoid Offending People and Apologizing After a Situation
Related Search Topics (Ads):

Recently, Kristi spoke with a mother who spoke of how her child could eat pancakes for breakfast and then walk out of the house and tell someone they ate scrambled eggs. The mother said her son was constantly telling fibs that served no real purpose, while her non-ADHD child did not have an issue with that particular behavior. She was convinced there was a connection between ADHD impulsiveness and his lies.

Another parent told Kristi that their daughter who told fibs to keep from getting into trouble, as most children both ADHD and non-ADHD would do, but she also told lies that made no sense. She would tell a story about something that happened at school, for instance, but would change the people involved. There was no reason to do it and there was nothing to hide, she just altered the story.

Many parents feel that this is one more symptom to add to the list. Some are afraid their children are going to grow up to be untrustworthy and aren’t sure how to handle the situation.

Eric Patterson
Eric Patterson, LPC is a professional counselor in western Pennsylvania working for the last 10 years to help children, teens and adults achieve their goals and live happier lives. See all of Eric's articles
More Articles by Eric