Coping With Impulsivity and Hypersexuality in ADHD

How Common Is ADHD Sex Impulsivity?

There are a lot of symptoms of attention deficit hyperactivity disorder (ADHD) that can interfere with or cause difficulty in our lives. But impulsivity in particular can be damaging on many different levels and cause strain or personal pain if not controlled.

Impulsivity is a known symptom of ADHD, but many fail to understand just what it is. There may be stereotypes that exist regarding impulsivity, but the truth is, it looks different in everyone.

Generally, impulsivity can be defined as acting without thinking things through. Or, rushing and feeling as though you are driven by a motor and need to act now.

When examining the life of someone with ADHD through the lens of impulsivity, it can be observed in many ways.

The Many Faces of Impulsivity

Impulsivity can appear one way in one person and a different way in another. Perhaps you have trouble controlling your spending or find yourself constantly overpowering others in conversations you're involved in.

Impulsivity is dangerous because it can lead to poor or rash decision-making that can cause personal, professional, or financial damage that may not be reversible.

We often talk about poor impulse control through methods like overspending, but one aspect of impulsivity that occurs in ADHD that is not often addressed is hypersexuality.

Hypersexuality is a term that encompasses a number of behaviors that often depends on the person. It could mean engaging in more sexual activity than usual, or engaging in unusual ways such as interactions with strangers or in risky or dangerous places.

It could also include extramarital affairs that are uncharacteristic of the individual when they are not acting impulsively, or excessive self-stimulation. Each person that struggles with hypersexuality has a unique story to tell and it often involves personal risk or pain, and damage to relationships.

What those who do not struggle with impulsivity, specifically in the form of hypersexuality, do not understand is that the person is not in control. That is not an excuse and the person has to deal with the consequences, but hypersexuality is a part of impulsivity, and impulsivity is a symptom of a number of illnesses, ADHD being one of them.

Why Are People With ADHD More Likely to Face This Symptom?

Those with either the hyperactive-impulsive type or combined form of ADHD are more likely to experience hypersexuality due to impulsivity and ADHD.

It isn't difficult to fathom the destructive nature hypersexuality can have on relationships. When hypersexuality leads to extramarital affairs, a fracture is created that is not easily healed.

Additionally, the risky behavior, such as impulsively engaging with strangers, could lead down a number of dangerous paths.

Regardless of the way hypersexuality presents, the results are likely to be destructive.

If you struggle with hypersexuality, it is important to seek help. There is a stigma surrounding this symptom and it can be difficult to talk about, but keeping it in the dark only perpetuates it.

Hypersexuality is a symptom of ADHD and that needs to be remembered, but our actions do have consequences, whether we have control of them or not. Do not let shame or guilt hold you back from seeking help, repairing relationships, or finding personal freedom.

Above all, it is important to remember that finding balance with the symptoms of ADHD, including hypersexuality, is possible.

Perhaps one step we can all take is to open ourselves up to conversations about hypersexuality, just as we would with hyperactivity. The stigma creates barriers, and those barriers need to be shattered. 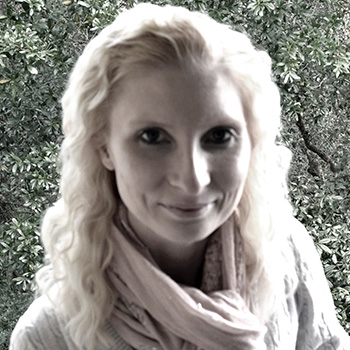 Charlie Kaplan
Charlie is a writer and graduate student pursuing a Masters in English and creative writing. She was diagnosed with bipolar disorder, ADHD, and generalized anxiety disorder in 2015 at the age of 31. See all of Charlie's articles
More Articles by Charlie
Print This