Understanding the Link Between ADHD and Eating Disorders 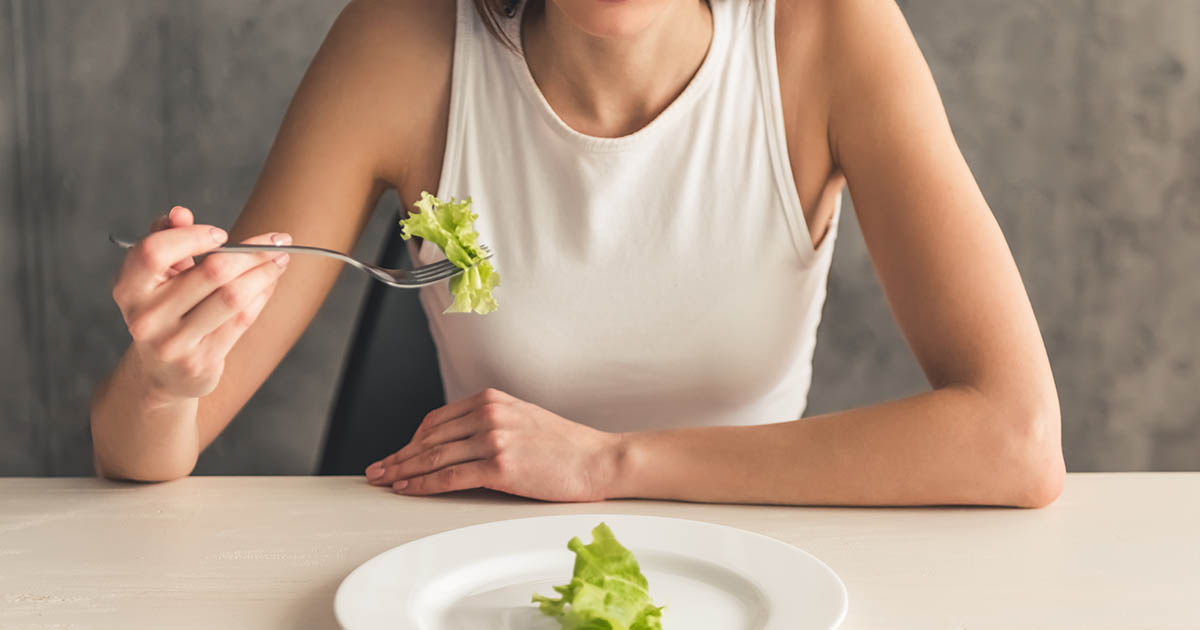 When mental health conditions combine, they have the ability to create even more distress and hardships than any disorder alone, so learning about the connections these conditions have to one another is crucial. By understanding the links, you and your professionals can better understand symptoms and improve treatment.

Researchers are currently looking into the association between eating disorders and attention deficit hyperactivity disorder (ADHD). They want to know how frequently these conditions co-occur and if one causes the other.

What Are Eating Disorders?

Eating disorders are a broad group of mental health conditions. The main two disorders in this category are anorexia nervosa and bulimia nervosa.

Symptoms that mark anorexia may include:

Compensatory behaviors are extreme acts to lose weight including:

Although these are the most commonly-known eating disorders, the American Psychiatric Association has begun to recognize another condition called binge-eating disorder (BED). BED has symptoms including:

The primary difference is the lack of purges or other compensatory behaviors.

ADHD, as the name implies, is a condition with many symptoms that impact someone’s ability to pay attention and remain still. The inattentive signs of ADHD may include:

The hyperactivity signs of ADHD may include:

At first glance, you can look at these conditions and think they have very little in common. After all, ADHD is a diagnosis that affects many children and young adults, since symptoms must be present before the teen years. ADHD influences schoolwork and peer relationships.

Eating disorders are different, though. They are dangerous conditions often begin in the late teen or early adult years and create significant havoc in a person’s life.

People with eating disorders experience an adverse physical toll from these conditions. Many die prematurely due to poor physical health or suicide.

What Fuels the Connection Between ADHD and Eating Disorders?

While further research is needed, clinicians suspect that a major reason why eating disorders are more prevalent in ADHD patients is that ADHD causes problems with impulse control. People with ADHD tend to struggle to control their overwhelming impulses to engage in behaviors they know are harmful or wrong. This is particularly true if the ADHD is untreated or not properly controlled.

There is a strong link between poor impulse control and eating disorders. This is true of both binge-type and denial-type eating disorders. Compulsive overeating is even more difficult for an ADHD patient to control, as are behaviors in which individuals binge then purge, or deny themselves food altogether.

One major complicating factor is that ADHD tends to be more difficult to diagnose in girls than in boys, particularly because girls tend towards a more inattentive and less hyperactive form of the condition and the symptoms are not as easy to spot. This puts female ADHD patients at an increased risk for developing a related eating disorder as they enter adolescence and adulthood, as their ADHD may not be diagnosed and will thus not be properly controlled.

Finding the Best Treatment for ADHD and Eating Disorders

The importance of getting an ADHD diagnosis cannot be overstated, especially in situations where there is a comorbid eating disorder. This is especially true if the patient’s eating disorder falls into the binge category, as stimulant medications used to treat ADHD have also shown great promise in curbing impulsive overeating.

Treating both conditions is essential for the patient to be restored to full health. Typically, a combination of therapy and medication will be used to bring both the patient’s ADHD and eating disorder under control. Medications to help control impulsive behaviors and assist in self-regulation provide a crucial foundation for treating the accompanying eating disorder. To that end, psychotherapy and group therapy can both be a great help.

The goal of treatment is to replace unhealthy habits with healthier ones, and that can only take place over an extended period of time, and with proper medical supervision. If you or someone you care about is suffering from an eating disorder which seems to be caused by poor impulse control, and if other ADHD symptoms are present, seek help from your family doctor or a psychiatric professional.

Eric Patterson
Eric Patterson, LPC is a professional counselor in western Pennsylvania working for the last 10 years to help children, teens and adults achieve their goals and live happier lives. See all of Eric's articles
More Articles by Eric
Resources
Print This