How Is ADHD Diagnosed in Children and Adults? 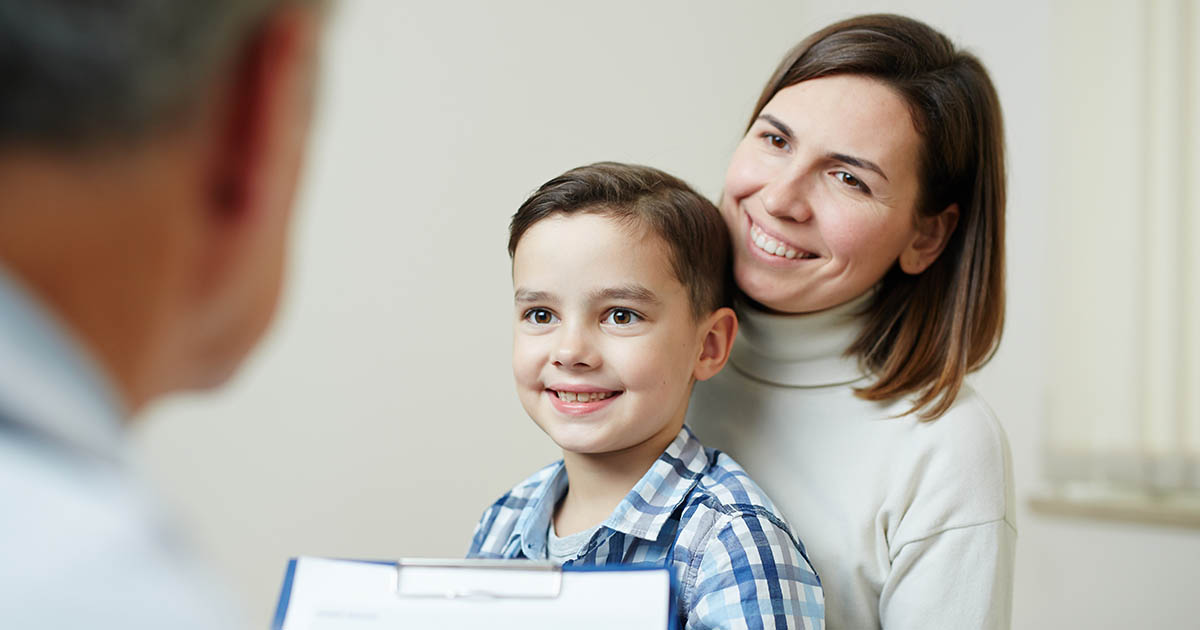 While there is no particular test used to diagnose ADHD, healthcare experts will typically diagnose a person with ADHD after they have shown few or all symptoms of ADHD regularly for more than six months.

Healthcare experts, such as primary care physicians, psychologist, psychiatrists, and pediatricians can diagnose ADHD by using the standard guidelines from the American Academy of Pediatrics or the American Psychiatric Association’s Diagnostic and Statistical Manual (DSM). To make an ADHD diagnosis, information must be acquired from several sources, including schools, caregivers, and parents. The healthcare specialist will then consider how a child's or adult's behavior compares with that of other children or adults the same age.

In this article, we will go more in-depth on how ADHD is diagnosed in children and adults.

“Kids will be kids.” “He’ll grow out of it.” “Five-year-olds are supposed to have a lot of energy.” “They ask too much of kids today.” These are just some of the responses you hear when you begin to discuss attention deficit hyperactivity disorder (ADHD) with people in your life as they attempt to minimize the problem or dismiss it entirely.

ADHD, like many other mental health disorders, is challenging to diagnose in children. This is primarily due to the idea that ADHD symptoms are just exaggerated versions of normal behaviors.

Everyone feels sad or nervous sometimes, but this does not mean they have a depression or anxiety diagnosis. Likewise, all kids will experience symptoms related to hyperactivity or poor attention, but that does not indicate they have ADHD. It means they are displaying normal and typical behavior for kids their age.

Know the Symptoms of ADHD in Children

To better understand the subtleties of ADHD, you must know the signs and symptoms of ADHD that represent the condition to know whether an ADHD diagnosis is appropriate. As the name describes, ADHD symptoms are separated into two categories: inattention and hyperactivity.

The attention symptoms of ADHD are:

At this point, you may be thinking your child shows all of these signs constantly or that they never do. You may think issues are only a concern at school or at home. You may think your child’s symptoms are not as bad as other children you know.

Tracking the Symptoms to Reach an ADHD Diagnosis

Paying attention to your thoughts is important but making interpretations of the symptoms is something you will not want to do. Instead, your job is only to become aware of ADHD symptoms and begin tracking these symptoms for your child.

Begin by tracking how long they are able to engage in specific tasks and ask questions of the people in their life.

Focus only on gathering information at this point to keep your observations as unbiased and objective as possible. If you begin looking at specific information or behaviors too closely, you will change how it presents inadvertently.

You will do well to gather data from various environments that your child visits. Part of ADHD is that the symptoms exist in across settings. This means that if symptoms are only present at home, they do not have ADHD.

You May Also Like:No One Likes Rejection, But for People Living With ADHD, It Can Feel Even Worse
Related Search Topics (Ads):

Seeking an ADHD Diagnosis for Your Child

ADHD symptoms are only an extension of normal behavior and knowing the difference between normal and abnormal takes a skilled professional. Because of this, consider scheduling an evaluation with a mental health professional to receive the diagnosis for your child.

Unfortunately, no definitive test clearly points to or away from an ADHD diagnosis. There are some helpful measures teachers, parents and children can complete to gain more information regarding an accurate diagnosis.

If you are only interested in obtaining information about a diagnosis, any of these professionals are suitable options. If you are interested in receiving medication as a possible treatment, the evaluation will need to be with someone that can prescribe medication. Medical doctors like psychiatrists and pediatricians will be able to provide this treatment with some ability of psychologists and nurse practitioners depending on your location.

Arriving at the diagnosis of ADHD for your child is as much of an art as it is a science since the symptoms are simple extensions of normal functioning. Want to diagnose your child? Don’t.

Spend your energy tracking symptoms and scheduling an appointment for a reputable mental health professional. This way an ADHD diagnosis will be made the right way.

Years ago, being an adult with ADHD was an unheard-of phenomenon. People just assumed that kids with ADHD would gradually grow out of the condition by the time they became adults, so you never had to worry about the consequences of ADHD as an adult.

Of course, that way of thinking is seriously flawed. Adults can have ADHD, and they do have ADHD at high rates.

Still, there is a tremendous amount of confusion and misinformation when it comes to finding the appropriate diagnosis for an adult with ADHD. Remember, having the correct label helps the professionals guide treatment to the individual’s needs and wants.

Rather than experiencing ADHD symptoms that simply fade away in time, many adults see their symptoms continue, change, and intensify during their 20s and beyond. As many as 2.5 percent of adults in the U.S. have ADHD with about 1.5 men to every woman with the condition.

Fortunately, there is not much to separate ADHD during childhood from ADHD during adulthood. The same symptoms apply no matter how old the person is.

Surely, some people find ways to manage or embrace their ADHD symptoms during adulthood by focusing on activities and areas of interest that emphasize their abilities and strengths. Others will fall into the same traps that plagued them throughout childhood.

The Most Important Factor

Adults have ADHD, but there is one crucial piece of information most people do not know or understand about ADHD in adults. Symptoms of ADHD must present in a person before they turn 12 ever to receive the ADHD diagnosis.

Imagine there is a person who lived a typical life throughout childhood and began to struggle with attention and hyperactivity in college. Could they receive an ADHD diagnosis?

No! The ADHD diagnosis does not account for symptoms that develop later in life. Unless those symptoms were present during childhood, a mental health professional will not/ should not diagnose the individual with ADHD.

This distinction may seem arbitrary, but it is part of the diagnostic criteria for ADHD outlined by the American Psychiatric Association.

What happens to the person who lived their normal life until ADHD symptoms presented during college? If an ADHD diagnosis is impossible based on the lack of symptoms before age 12, what can be done?

In these cases, the ADHD symptoms might not be related to ADHD at all. There are many mental health and substance abuse conditions that create symptoms of poor attention, forgetfulness, and hyperactivity, so the symptoms may be better explained by another disorder.

Possible problems disguised as ADHD in adults include:

You May Also Like:Recognize the Symptoms of ADHD for Proper Diagnosis and Treatment
Related Search Topics (Ads):

Adult ADHD or Something Else?

To find the real cause of the symptoms, an adult with symptoms related to ADHD should get a professional evaluation from a mental health professional. The counselor, therapist, psychologist, or psychiatrist will ask a lot of questions about the symptoms, when they started, and what other symptoms co-occur with the inattention and hyperactivity.

Only by forming a clear understanding of the symptoms can the professional prescribe the correct treatment. Without an accurate diagnosis, the treatment could harm the individual.

Consider the example of an adult with ADHD symptoms, but the true cause is anxiety. A common intervention for people with ADHD is to use a stimulant medication to relieve symptoms, but if a person with anxiety takes a stimulant, chances are excellent that their worry, tension, and fears will increase to very uncomfortable levels.

You could have adult ADHD, but you must consider the possibility that it could be another condition producing your symptoms. Know the facts about ADHD and always work with a trusted mental health professional for the best results.