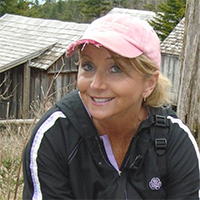 In 2008, at 46 years-old, I finally landed my dream job as an Assistant Property Manager with a respectable company. I loved my job because I finally found something I was great at.

I had been told all my life by my teachers, instructors, bosses, and a family member that I showed symptoms of ADHD. However, there was also family and friends that said ADHD didn't exist.

I became bored quickly at mundane tasks. I hated working indoors and feeling stuck in one place. The new position I was in offered had a variety of different tasks throughout my work day, and the situation could change from minute-to-minute.

I made a series of small, but critical mistakes, in the accounting and administrative duties of my position. Thankfully, upper management was very understanding and supporting, but I knew to do my best at my new job. I needed to get help because I found my mind wandering during tasks that I didn't enjoy as much. What I needed was to concentrate more.

At the time, I didn't realize I would be getting help with the personal issues I had been dealing with my entire life. I was told that I wasn't affectionate because I didn't like to be touched and that I was rude because I would interrupt. I would just blare out what was on my mind not thinking my words through or how they would affect those around me.

Later, I learned all of this resulted from my ADHD. I then went to an ADHD Specialist, and the process began.

I see ADHD as a gift now.

I have always been extremely organized because my Mom taught me to be. She didn't know what ADHD was at the time, but even still she found ways to help me. It was a battle getting the right medications and correct dose.

I was lucky enough to have a doctor who took the time with me to monitor the side effects of all the personal change that I was adjusting too. I had to accept that I had a disability but learned it didn't have to hold me back.

Additionally, I became aware of why I did so many of the things I did. Some good and bad. I am susceptible to noise instead of thinking I was just easily annoyed, and I learned that sound overstimulated me. I also had always been told I was a touch me not, that wasn't the case, it was a part of the ADHD.

I'm proud that I was able to get my Property Manager license and proud that I excelled in and passed the final exams with an almost perfect grade in a recent class.

I'm very proud that I have a beautiful relationship with my grandchildren and the time I spend with them.

I love hiking, so I'm always proud when I complete a big hike 10 miles or more.

I have not always received support from others with my ADHD. However, my son, TJ has always been supportive.

TJ is always encouraging and telling me to forgive myself and move on from the things I've done in the past and to learn from them.

I'm thankful too about my sister, Marie, has been super supportive as well.

I see ADHD as a gift now. It's made me unique, adventurous, and full of life.

Don't try to be something you are not and accept yourself, ADHD and all. Don't think that you are less than a person with ADHD because you are more than enough.

Don't ignore or deny that you are ADHD. There's help with medicine and without medication. You decide with the aid of your doctor what works best for you.

I have found that being organized helps me in my daily activities.

Lastly, recognizing when my behavior is taking me in a direction I know will cause problems, I stop and rethink my actions.

At my present time, I am unemployed because I left my old job to work for a new company, the property was closer to my home and they offered more pay plus better benefits.

I left the company with a two-week notice because the new company wanted me to start immediately. I never had a second thought about passing the drug test even though I took medication for ADHD. Of course, I tested positive, but the new company did not have Medical Observer who would take the extra steps to prove the positive drug test was a result of my ADHD medication.

The EEOC is handling my case, but after months of job searches I have come up empty. However, I'm not giving up, and I'm not blaming myself because I didn't do anything wrong, and that company has missed out on a great manager.

Hi, I'm Yvonne, I'm 55 years young and enjoying life more today than I have ever. Life isn't slowing down, and neither am I.

I'm a mom of two adult sons and three beautiful grandchildren, two boys and one girl. I am a dog mom to a male English Bulldog named Poncho, and two mixed female breed dogs named Grace and Maggie. All three of my dogs are rescues.

They say home is where the heart is, so I'm sure I left my heart in the mountains of Tennessee when I moved back to my hometown in South Carolina to be closer to my family.

I love the outdoors. I hike as often as I can when visiting in Tennessee, but I'm mostly hiking in the mountains of North Carolina. 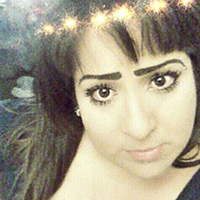 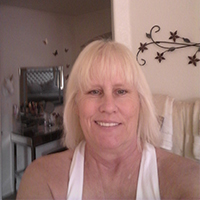 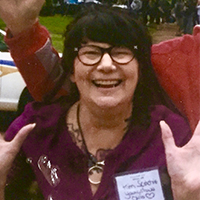