Meditation for a Restless ADHD Mind 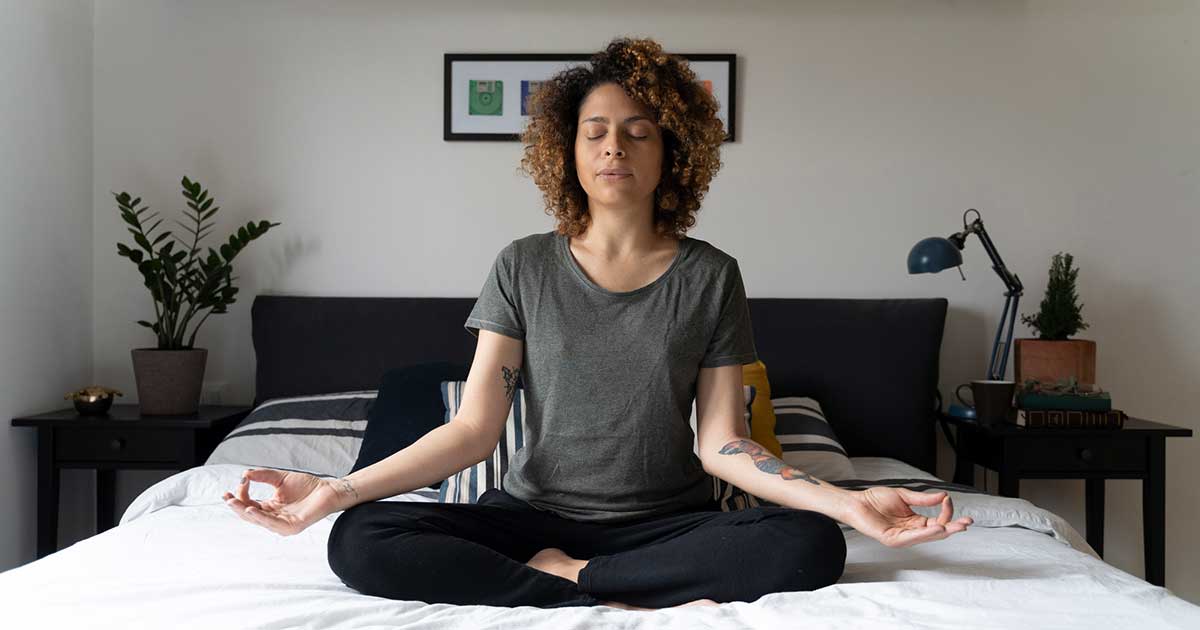 Attention deficit hyperactivity disorder (ADHD) refers to a chronic bio-behavioral disorder that initially manifests during childhood and is characterized by problems relating to hyperactivity, impulsivity and inattention. Hyperactivity is the most widely known symptom of ADHD. Symptoms include fidgeting, restlessness and talking nonstop. Impulsive symptoms include impatience, clumsiness and risk-taking behavior. Inattentive symptoms include trouble concentrating and listening to instructions, as well as becoming easily distracted. In recent years there has been some discussion surrounding the medical benefits of meditation for people with ADHD.

Meditation is a mental exercise that trains attention and awareness of the mind. The physical act of meditation generally consists of simply sitting quietly and with a focus on breathing. The individual enters an extended state of either relaxation, contemplation or reflection. People who meditate focus on either a specific subject or their general overall existence. Some people use meditation to try and attain a higher state of consciousness.

Meditation often involves three basic steps. First, individuals focus their attention on an object or process such as their breathing. The attention will act as an anchor. The second step involves being aware and acknowledging the presence of distractions. The third step is the individual using their anchor as often as necessary. An instructor may lead the meditation, or it can be practiced solo. Meditation is now used in some psychotherapies as part of a treatment plan.

A Study into Mindfulness Meditation

It can be impossible for a person with ADHD to just “switch off” and meditate. Having ADHD can often feel like there is a pinball machine launching ideas all around your mind. However, research has shown that mindfulness meditation can be effective for many people with ADHD. Mindfulness meditation is a practice where you actively observe your moment to moment thoughts and feelings. Some people with ADHD find this to be beneficial for calming their racing minds.

A ground-breaking study was released in 2008 that started the trend in ADHD focused mindfulness meditation. Participants with ADHD went through an eight-week mindful awareness training program which included a weekly class, as well as daily at home practices. The program developed was especially tailored to be more suitable for people with ADHD. A psycho-education part was added because it helped if the participants had a working knowledge of their condition. They also started with shorter meditation practices of five minutes, which was gradually increased over time. They incorporated visual imagery; the participants were told to visualize something like the sky. The blue represents the space of awareness and clouds all thoughts, feelings and sensations that pass through their minds. They were taught to observe their inner experience from a non-judgmental stance. With an emphasize on observing negative emotional states while practicing positive emotions. There was also an examination of self-esteem issues, which can often plague people with ADHD, by combating negative self-talk.

You May Also Like:The Benefits and Risks of Using Medication to Treat ADHD
Related Search Topics:

People with ADHD who have tried mindfulness meditation find it seems to improve both their focus and concentration. It is thought that by remaining in the present moment and training to let go of distractions, people with ADHD realize that they have agency over their reaction to these distractions.

The results from the study showed 78% of the participants reported reductions in their ADHD symptoms and 30% of the participants reported clinically reduced symptoms. They also found that mindfulness training made participants significantly better at measures of attention conflict, which basically means when two or more things compete for your attention. There was also an improvement in the levels of depression and anxiety felt by participants. There appeared to be no negative side effects and the costs are comparatively low to other treatments.

Despite the evidence and low cost, a survey in 2017 by ADDtitude Magazine showed that medical professionals were far less likely to recommend alternatives to treatment that don’t involve medication. In the same survey it was found that more than a third of adults with ADHD use this practice and about 40% would rate it highly effective.

Breathing Exercise to Try at Home

This exercise can be done standing up or sitting down, and pretty much anywhere at any time. If you can sit down in the meditation (lotus) position, that's great, if not, no worries.

You can practice mindful breathing at home. This exercise can be done standing up, sitting down or in the lotus position.

1. Start by breathing in and out slowly. One breath cycle should last for approximately six seconds.

3. Let go of your thoughts. Forget any tasks or projects that need your attention. Simply let thoughts rise and fall of their own accord. Be at one with your breath.

4. Purposefully watch your breath. Focus your sense of awareness on its pathway as it enters your body. Let it fill you with life.

5. Then watch with your awareness as it works its way up and out of your mouth. Allow the energy to dissipate into the world.

Those of us with ADHD brains might take longer to get the hang of meditation (I know mine certainly did), but it could still be very helpful for many us. Research has shown meditation and mindfulness practice can be very effective in assisting those of us with ADHD pay better attention, resist distractions, regulate our own emotions and remain in the moment.